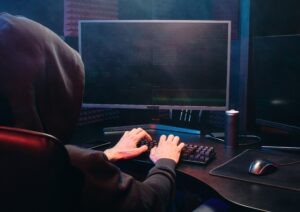 LulzSec was the computer hacker group that was responsible for the 2011 Sony Pictures attack, among other high-profile attacks. LulzSec is a contraction of “lulz” for laughs and “security,” which hackers like to compromise. During their peak activity in 2011, LulzSec broke into government and private computer networks, disclosing terabytes of confidential data, including usernames, passwords, and other personally-identifying information.

LulzSec claimed responsibility for taking down the CIA website. LulzSec’s attacks are credited in the security community for raising awareness of the risks of insecure systems and the inherent security risk of reusing a password. It gained attention due to its high-profile targets and the sarcastic messages in the aftermath of its attacks.

On June 26, 2021, LulzSec released a “50 days of lulz” statement, claiming the groups intended to end their attacks, that LulzSec consisted of seven hackers, and that they would shut down their website. Although the original LulzSec group appeared to disband, a potentially related group calling themselves LulzSec Reborn in 2012 attacked the military dating site militarysingles.com, followed several months later by public disclosure of 10,000 Twitter user account passwords.