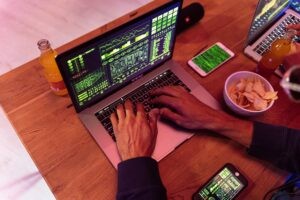 A UI redress attack a is a cyber-attack in which an attacker tricks a user into clicking on something different from what the user perceives, thereby causing the user to perform actions of which they are unaware and unintended. A UI redress attack is also known as a “clickjacking” attack.  A common objective with a UI redress attack is to either reveal confidential information or allow the attacker to take control of the user’s computer. A hacker can use a similar technique in a UI redress attack to also hijack keystrokes. By carefully employing CSS stylesheets and iframes with text boxes, an attacker can mislead users to believe they are entering passwords on a legitimate site, only to have their keystrokes captured by the attacker.