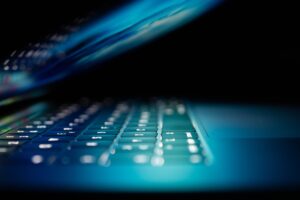 Photo by Philipp Katzenberger on Unsplash

There are also gray hat hackers that will engage in hacking activity and usually without malicious intent. The challenge is that sometimes gray hat hackers violate laws or ethical standards but did so without the malicious intent of a black hat hacker. Often they may not have the consent of the owner. They might not report a vulnerability directly but instead may first request a fee to identify the exploit.

White hat hackers spend considerable time learning new skills and techniques. In addition, they must stay current with technological developments and changes within the IT and network infrastructure for the organizations they help to protect. They may also spend time following threat actors’ activities, understanding their tactics, techniques, and procedures, and learning all they can about current and emerging threats. Finally, white hat hackers will also recommend specific security best practice improvements due to their activity.

Much of the white hat hacking activity focuses on early cyber kill chain1 activity. As a result, white hat hackers can often not move laterally into internal networks or perform data exfiltration. In addition, white hat hackers involved in penetration testing generally do not go deeply into the organization’s networks due to limitations of the potential impact these activities might cause.

White hat hackers are supported in several ways. In some cases, they may be directly employed by cybersecurity companies or by the security operations teams of large organizations as penetration testers. A full-time penetration tester pays approximately $117,9942 in the United States (as of June 2021).

White hat hackers can also earn a living directly by collecting bug bounties. Many companies have set up vulnerability disclosure programs that encourage hackers to discover security vulnerabilities within their organizations. There are many bug bounty disclosures that have paid in excess of $100,000 to the discovering white hat hacker. White hacker activity allows these vulnerabilities to be addressed and fixed before they can be found and exploited by black hat hackers and other threat actors.

In May of 2021, the U.S. Department of Defense (DOD) expanded its vulnerability disclosure program to include all publicly accessible DOD information systems.3 The genesis of the program was the “Hack the Pentagon” initiative enabled the Defense Digital Service4 to offer a bug bounty program to engage directly with white hat hackers. Prior to this there was no way to easily notify the DOD if a vulnerability was discovered.

The original policy enabled white hat hackers to report on vulnerabilities in DOD public-facing websites and applications. The expansion announced in May 2021 allows for research and reporting of vulnerabilities related to all DOD publicly-accessible networks, frequency-based communication, Internet of Things, industrial control systems, and more. The DOD Cyber Crime Center oversees the program.

White hat hackers understand that ethical boundaries are important and must always be respected. White hat hackers are intellectually curious and often enjoy the challenge of finding holes in security systems. Their white hat status lets them satisfy this curiosity while helping to defend organizations. White hat hackers generally have a strong moral compass and seek to stop the malicious activities of black hat hackers. Many are cybersecurity professionals that have been white hat hackers during all of their careers. White hat hackers would never probe or scan a system without prior request and approval.